OUR LUTHIER TOOLS ARE 100% ORIGINAL. For any questions or information, please feel free to contact us. Reference Fret Level™ is a new way to level a single fret or a number of frets based on a given level. It was brought to guitar community by inventor Davide Bissoli (Tokyo) in 2011. The bottom of the tool comprises a number of areas with different properties. The areas are arranged to allow the tool to sand down only the higher frets and quit sanding once it comes in touch with the lower frets that are being used as a guide or how Bissoli prefers to call them: REFERENCE.

This ground breaking invention can work straight or with a desired relief in order to match with the relief of the neck and therefore avoiding to adjust the neck straight for leveling. Leveling with the relief on the tool can also allow to "imprint" a given contour to a fretboard or a portion of it that is not obtainable otherwise. This brings further precision to a leveling operation because sometimes the adjustment the truss rod doesn't produce the desired effects and might generate a relief that is far from ideal. In that case the leveling operation might become ineffective despite using the technique of fret leveling with strings on™. It does also allow to level the frets with the strings on on an instrument that doesn't have a truss rod, hence its neck can't be adjusted straight or else. The BUZZ Killer™ tool (in the picture) is just one of the many configurations contempled by Bissoli's Technology. The device can be made in various lengths working on just three frets or more, up to the entire fretboard. It can include different types of abrading material. The base is basically straight. Depending on the configuration, Bissoli's leveling tools can generate either an arch or a desired contour like for example a concatenation of different curves.

RECTIFY Master focuses on research and development of innovative and quality luthier tools. Setting new standards since 2010. With over 30 year experience. Beware of imitation. 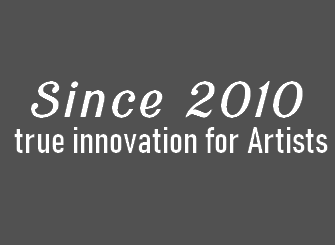